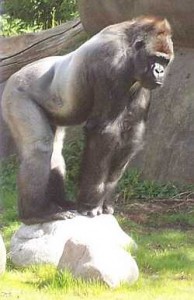 One view of work believes in joining a company, sweeping floors at the bottom while climbing the ladder of responsibility, and becoming whatever you must become to remain within the organizational life and millieu. Then you retire with dignity and a plaque with your name on it. Other views of work don’t place a high value on any of this. But there are several basic desires common to all such animals. They all want to continue to exist a while. They all want to be able to reach out easily for food. They all think about ensuring the wellbeing of their mates and offspring, knowing they can’t control everything, so seeking some plateau of consistency. They all want to ensure their stream of food remains for as long as they need it – to avoid starvation. God designed us this way, perhaps, but these traits are sustained by the fact that creatures that don’t want these things tend to die off quickly, leaving the rest of us. That kind of mutant survives, at best, just long enough to write a book about it.

Man is the only creature capable of being bewildered about what he needs to do and why.Age discrimination is like being a silverback gorilla, and knowing that if you don’t retain your post, nearly any younger male is going to push you off, where you will be relegated to picking a few berries and nursing your wounds and ailments until you fade and die. All mammals fight against this. All mammals know it happens, know what it means, and know they need to resist it. Considering where you will be in a few years is basic to the desire for life.

Humans are actually the only creatures capable of composing ideologies that reject what is needed to survive. And the other humans, if they’re smart, won’t listen to them. Most of the ism’s out there contain components that reject what man knows deep down, but doesn’t know that he knows. Man is the only creature capable of being bewildered about what he needs to do and why.

I’m not bewildered. I’m a silverback looking down the road and knowing that, like any silverback, I have to stay strong but, that even then, my lengthening age will invite consistent challenges. I don’t need to know that humans are the only mammals for which this isn’t true, because I know something deeper – it *is* true. Ideology cannot uproot me from seeing the jungle right before my eyes, and watching what happens to the other gorillas. I have occupied positions once held by men who are now aged or dead.

The biggest insulator against age discrimination is running your own business.The biggest insulator against age discrimination that I can see is running your own business. Just an example: look around you – do you see many people 60 years old working on mission-critical projects for your company? I’m certain that it happens – but I’d also be foolish not to take into account how the culture perceives age. Almost instinctively, I perceive when some aspect of my plans depends on another person and, if the plans are life-critical, I try to minimize that. With your own business, some of your living depends on your clients, the economy, markets – but a lot more depends on you. With working for organizations, much more depends on how they evaluate applicants, hat in hand, given the demographics, etc.

Consistently, I’ve seen the aged marginalized, edged out, and underestimated in assigning responsibilities to them, despite their demonstrated talents. It’s partly fear of death (the whole culture fears death constantly – look at its horror stories – the worst they can do to you is cause you physical pain (which is a natural resistance to death) or kill you or your loved ones. It’s partly youth worship (which is also based on a fear of death) — people typically worship their idealized selves, cast in the role of the giver of safety and security – from whatever they’re afraid of. Youth worship means that the truly special people are the young. Just listen to those interviewing pastors and politicians and how they fawn over the young. Look at the sexual appetites of any culture’s males, and you will see what they exalt. In the case of this culture, what is it? The young. Widely, in fact, the *very* young. It’s also partly pure bigotry – prejudice because the aged don’t speak the lingo or give off the current vibe – the pulse of youth culture.

However one sees it, the aged are distinctly handicapped in our business culture, despite all the articles about how they’re being utilized as mentors, etc. If we believed that, we’d see a culture of constant professional development derived from training and coaching. I’ve only seen that on a few small teams that, due to the weight of the rest of the business culture and the lack of acceptance by those outside the circle, were ultimately whirled away by the sheer inexorability of the gale.

The thrust of life in the jungle is to go where the herds are easily killed with a minimum of intrusion by other predators.The poor don’t retire. They work until they drop. That’s what I plan to do in life, just like I do every night. What do they say about cowboys? “They go to sleep as soon as they close their eyes.” I don’t have enough shares of Google socked away to insure myself against a lifetime of work. Good thing I like work. And if the poor don’t retire, then they have to take into account age discrimination, or start planning their own business that doesn’t discriminate. There are all kinds of believers in a ‘better society’ that tell us we’re overestimating the problem, it’s getting better, it’s not as bad as we think. Like the foodbank worker who, when I told him high fuel costs means even higher food costs which means massive job loss, told me “we’ll be all right”. We can’t base life-critical decisions off of someone else’s optimism. Their optimism won’t be there to save you when the ground dries up.

Entrepreneurship, I think, is a basic survival skill in an unpredictable culture or economy. Being able to produce food may be the ultimate insurance against dependency – dependency on your age, your organization… It’s a jungle out there, and the jungle is changing — if, for no other reason, than that you’re changing. The thrust of life in the jungle is to go where the herds are easily killed with a minimum of intrusion by other predators. That’s also the basic rule of entrepreneurship. Since I’m not a herd animal…

The occlusion of technology and cost-cutting demands results in yet another jobhacking example: … END_OF_DOCUMENT_TOKEN_TO_BE_REPLACED

Managing even our personal finances is actually different when we're self-employed vs. living as a traditional employee. This is a critical realization and can often make the difference in whether, if we're starting … END_OF_DOCUMENT_TOKEN_TO_BE_REPLACED

Scene: Jack has just graduated from college with a degree in art. Parents: "It's time to give up. You've had four years to be happy and do what you want." Jack: "But I want to do what I want my whole … END_OF_DOCUMENT_TOKEN_TO_BE_REPLACED