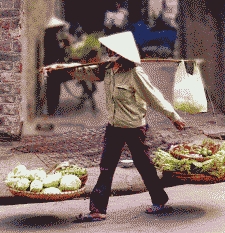 I was talking with a food bank worker recently, and told him that I think the cost of food will reach the price of fuel – that a can of green beans will cost $3.00. He refused to believe that could happen, and just kept saying “we’ll be all right”. I’m not so sure. If food prices rise that much globally, we’ll catch a slight break as a predator nation, but at the expense of the poor in other nations – nations that, incidentally, interact with our own economy, aside from the moral problems. But there’s no reason to be superstitious that we are special – that “it’ll never happen here.”

Frankly, it’s not that I care so much that it’ll happen here; it’s happening globally, and those people are just as important as any of us. But this is not esoteric economics: you can’t borrow against all that you have, then borrow even more against nothing, then conduct expensive wars of global invasion and occupation, then borrow even more, with the obvious intention of running at a loss virtually forever, without catastrophic results. No business can run that way, no organization, no personal budget, and certainly no empire. People say that people have always said that, and we’ve been fine. That’s a bit like the teenager response to risky behavior.

To believe we can drive cars without seatbelts, smoke cigarettes, let our health go, fill our minds with junk, max out our credit cards, and support one or another brand of the fiscal policies of the past hundred years, and nothing bad will ever happen to us, it’s really playing Russian Roulette non-stop. Eventually, you’ll be wrong. Especially when it comes to money; money runs out.

What’s this got to do with work and entrepreneurism? Well, for one thing, in the past, you were considered a fruitcake if you squirreled away cans of green beans toward the inevitable. Today, it’s harder to say that. It’s more important than ever to protect your assets with diverse savings that include more than the fragile inflationary dollar, and may need to include your own commodities. But how many cans of green beans can you save?

Disastreneurs: they’re not looking to “ride the wave” – they’re looking to survive when survival is dear and difficult. Maybe they’ll spawn a new economy of Disasternomics.It’s also a seriously important time to be thinking about work and entrepreneurship for simple survival. At least moonlighting. It’s fairly straightforward: when the price of fuel goes up this much, and food follows behind it, jobs are going to get cut. Not yet, you may say, but eventually that’s certain. Not having a backup plan, a means of supporting yourself, something you know how to do and can sell, may be the worst way to have neglected your life: It won’t be over, if you’re caught by it, but it’ll be a lot tougher climbing to your feet.

There won’t be any “coming back”, mind you. People who say the economy always rebounds are thinking only about the local economies of nations that feed on other nations’ industrial, monetary, and demand engines. But eventually, cannibalism of any kind reaches the threshold of a trend toward extinction. Economically, we can’t do what we’ve been doing forever. It’s a myth akin to manifest destiny to suggest we’ll always “bounce back”, “come back”, or be able to “go back”. It plays well to waving flags and patriotic hymns, but it’s superstition, and superstition can’t feed us in the long term.

So, knowing how to feed yourself by knowing how to employ yourself – that’s the necessary thing. Having something you are able to make, do, or otherwise generate and, equally important, know how to market in a down market – that’s a meal ticket for survival. Think like a street vendor in a war zone. If you can survive that way, you can survive. People would rather we use positive words like “ride the wave” or “weather the storm”. It may well be that one of the mistakes of the past is inadequate pessimism. If you’re prepared to “ride the wave” but not prepared to survive, then what do you do when it’s worse than you think? It’s my point that one of the best ways to shore up paper assets like bank notes, and commodities like green beans in your crawlspace, is developing an entrepreneurial plan for disaster. It’s sort of like not buying Google or Amazon stocks when they were low and you had the chance – you’ll be kicking yourself later.

Disastreneurs (Disaster Entrepreneurs): they’re not looking to “ride the wave” – they’re looking to survive when survival is dear and difficult. Maybe they’ll spawn a new economy of Disasternomics.

The occlusion of technology and cost-cutting demands results in yet another jobhacking example: … END_OF_DOCUMENT_TOKEN_TO_BE_REPLACED

Managing even our personal finances is actually different when we're self-employed vs. living as a traditional employee. This is a critical realization and can often make the difference in whether, if we're starting … END_OF_DOCUMENT_TOKEN_TO_BE_REPLACED

Scene: Jack has just graduated from college with a degree in art. Parents: "It's time to give up. You've had four years to be happy and do what you want." Jack: "But I want to do what I want my whole … END_OF_DOCUMENT_TOKEN_TO_BE_REPLACED