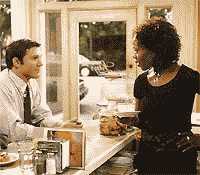 I watched Mumford again the other night (that’s the film by Lawrence Kasdan, not the magician on Sesame Street). The key figure, Dr. Mumford, is what most people would call a fraud. He helps people by listening to their problems, and they pay him for the service; the problem is his diploma and license for psychology are fake. You know, in this era we’ve categorized, standardized, and cookie-cutter produced “wise men”. The licensed variety are called psychologists (or other soft scientists), the unlicensed variety are priests, pastors, and preachers. As Ahmad ibn Fadla would say, “things were not always thus”. Still, there’s a third type of “wise man” that we employ, and he is the vestige of the ancient shaman, inhabiting still the discreet world of the visionary, and accumulating his wisdom as much like the esoteric scholars as from the academies. He’s called… “the consultant”.

The consultant needs neither license nor ordination, though he might have either or both. He can be anyone who knows what or how or why or when or where or who you don’t know. Or he may be the one who knows how to know, how to acquire the desired wisdom. In an information age, he’s not just the purveyor of information, he’s the merchant of meaning – he knows what the information is telling us that it hasn’t explicitly told us. He’s not licensed, because his work crosses fields too numerous to bother about credentials. He’s not ordained, because he doesn’t claim a divine resource, even if he has one. His work is the world. If Dr. Mumford had been a psychological consultant, they still might have tried to crucify him, but he’d have had a better case.

He’s working on the project of his life that will change everything and gives it up when he finds an albeit wonderful woman. And no one even blinks!In Mumford, the man is doing what he’s meant to do, and part of the scandal is that he had the audacity to abandon what many would consider a good job, a lucrative and respectable field, though we’re meant to see it as tawdry (He had been an IRS investigator). Dr. Mumford took the accelerated version of the standard hero’s journey. A little time in a remote (Southwestern) monastery – again, this is the accelerated version – and he walks out with a new identity and a new career.

Dr. Mumford’s friend, in the film, Skip Skipperton (Jason Lee from Chasing Amy) is the skateboard-riding billionaire-entrepreneur big-kid founder of Panda Modems (supplier of 25% of the world’s modems – today it’d be routers and switches). It’s a romance film and, while I like those, you’re always flirting with danger when it comes to work (you know the crap about ‘you spend too much time at the office and not enough with your kids’, but they live in an enormous house and drive new high-end cars, and she’d throw a fit if their income took a nose-dive). In this one, sure enough, he’s working on the project of his life that will change everything and gives it up when he finds an albeit wonderful woman. And no one even blinks! Then, of course, Mumford gets caught (otherwise you’d have thousands of shrill, angry, therapists complaining) and realizes he was “wrong”.

So, on the one hand, the film is about entrepreneurship and throwing off a job in favor of your work (hurrah!), but it’s also a betrayal of work in favor of love and licensing. This is what the culture has to say about work:

On this latter point, when people ask me what is more important, my wife or my work, I tell them I don’t understand the question. It’s the same when they try to suggest a conflict between my work and my Faith; I tell them I don’t see the difference — the distinction: yes, but the conflict or contradiction: no. Of course these comparisons and contradictions are possible, but the error they’re making is assuming a necessity. That assumption is stamped all over pop culture, including films like Mumford.

Still, there’s enough good in the film, and enough delight, that I recommend it. I just expect, like all romantic comedies (and this one is a cut above even being dropped into that genre), an affront to work and relationships at the same time, and more of the bewilderment of the culture on these supposedly contrasting topics.