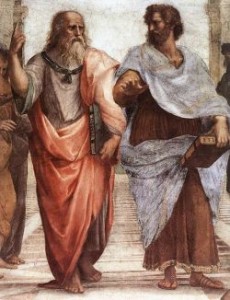 One of the most helpful things about both the David Ramsey method and running one’s own business (imo), is that you begin to see everything as business. Who you do business with, what your business can afford, when your business is open for business, and so on. And along with that, for me, comes a reinvigorated sense of refusing to do business with swindlers, exploiters, and dishonorable betrayers of my fellow human beings. We don’t spend our money there.

I’m talking about Boycotts. And not the big ones driven by left-wing newsletters, evangelical radio, or celebrities. I mean the decision that one’s own family, family business, or other assets makes, in the regular course of its life, to shun other businesses, for the betterment of mankind. Boycotting as daily life. Of course, you don’ have to be an entrepreneur to cut off Blockbuster, give the finger to Walmart, or dump any service remotely tied to Yahoo. It’s not about big numbers or big money – it’s not even about “success” – it’s about you, being or not being the kind of person that feeds the monster, whatever the monster may be.

I was at a particular Asian bistro, and I witnessed a manager screaming at a worker and hurling insults at him, taunting and threatening him. I went back to the counter, cancelled my order, and explained that I don’t do business with companies that mistreat their workers. “You can’t do that,” I explained. “You can’t talk to people that way, and expect honorable people to do business with you.” Of course, the rest of the people waiting for their orders looked away but, frankly, they don’t matter. They don’t matter, because things like this, and people like those workers, don’t matter to them. Their opinions no longer count.

Recently, I was in a health food supermarket, and the manager was at the front of the store, pacing with a cell phone, and loudly telling someone (who couldn’t be there that day) that she was terminating them. I stopped at the cashier and informed them that this behavior is illegal, besides being wrong. It isn’t just a failure of “professionalism”. Screw professionalism – it’s a moral failure. And unless these things are addressed, then we’ve made a decision to separate business from questions of ethics and morality. And frankly, if I know that about you, I don’t want to do business with you, either.

Not long ago, the Chinese government demanded that Yahoo turn over information that would be used to discover the identities of dissidents posting views critical to the government to blogs and internet discussion forums. Yahoo did it without flinching – without a second glance. And those men were taken from their families and imprisoned and deprived of any means to support their dependents. Yahoo thought nothing of it. Google, by contrast, was given the same demand and not only refused, but moved their server operations offshore, where the information couldn’t be taken even by force. Google’s mentality? ‘There are some things companies just don’t do. This is about what kind of organization you want to be.’

Needless to say, I have lots of friends and associates who use Yahoo. I tell them about this, if the topic arises, and they make their own decisions. For us, it’s a no-brainer. My business doesn’t do business with organizations that deprive people of basic liberties, destroy families, and punish criticism with injury to life, limb, or freedom. We don’t want dirty business. Neither my household, nor my people, nor my tribe, nor my enterprise.

I’ve taken some flack for this attitude. There are those moral midgets who say that everything is dirty, so nothing you do about it is rational. We’ve addressed those already in an earlier post – they’re not worthy of consideration, when it comes to one’s life’s work. There are those who encourage you to go along with the tide, be normal, be mainstream, live your life and don’t try to change things. Again – they just aren’t as articulate as the aforementioned midgets. But we also get flack for those who look at this as some sort of kooky, antisocial behavior. And yes, we think they can’t really get up the ladder far enough to have discussions even with the aforementioned midgets. But the point here is, either you care about what kind of person you are, and what kind of enterprise you build, and what kind of community you create and contribute to and prop up, or you don’t. You can’t talk to people who don’t – they don’t have the tools for this kind of conversation. For the rest of us, though, normalcy is not in being like those chittering in their ethical ignorance – it’s about being consistent and thoughtful in what we do.

If we’re going to care, let’s care, and make it a regular part of our lives. Boycotting is as natural as buying a loaf of bred at one place because it’s cheaper, or another place because we like Mrs. Donogan; it’s just letting the ethical component remain a part of that decision-making process, and refusing to stunt ourselves or lobotomize the fullness of our humanity.