This article has several key points that are barely but still related – despite recent criticism that this is not an acceptable approach to composition. 🙂 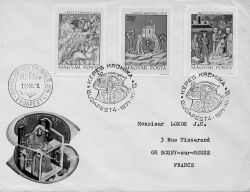 The poor pay more for everything. Walmart isn’t really mitigating this: First off, there’s the obvious fact that Walmart shoppers are propping up a work model that keeps their wages low, their benefits inadequate, their health in jeopardy, and their standards non-existent – ostensibly to save a few bucks on the front end. This is like mortgage selling, where sure, you can get in with zero down (the front end), but you’ll pay for it on the back end (e.g. points and higher interest rates), and from now on (in the form of higher monthly payments). One of the reasons the poor remain poor (speaking now of the ‘wealthy poor’ – the poor of the US) is “front end only” thinking. Philosophy and awareness impact existence, on a continual, often permanent basis, even among those who don’t like that idea and would simply fart and go back to their TV sets. You don’t have to work at Walmart to work at Walmart, so to speak. Regis Salons, and other companies that utilize wage slavery and nominal, overpriced, inadequate insurance and laughable benefits are only able to get away with what they do, because of companies like Walmart. If you shop at Walmart, you’re either signing the sentence of poverty, ill-health, malnutrition, and premature death for yourself, or you’re signing the sentence for other people. Perhaps they won’t get around to you in your lifetime, in a Martin Neimoller way (“They came first for the trade unionists, then for the communists, then for the Jews…”), and maybe your children will be immune, but that’s hardly the point – the point is what kind of person you are and choose to be.

The other reason Walmart doesn’t work, even on the front end, is an error of perception. One of the key shopping habits of the Yuppie middle class is buying the right quantity – buying in bulk. Don’t buy the 32oz toiletry at $3.95, buy the 64oz at $5.95. Sure, having more money to spend up front can remove that option, in the short term, but so you buy shampoo one paycheck and conditioner the next. On the whole, the middle class shopper is better equipped, cognitively (not innately, but by certain economic traditions), to make a wiser deal. The poor are led to the flashy “sale” displays, and enticed into doing gorilla math – $3.95 is “cheaper”, after all. If you don’t believe this, spend some time in a Walmart – not shopping, but as a sociological experiment. Listen to the conversations in the aisles and in checkout lines. The whole principle, in fact, is faulty. Walmart sells clothes from the Dominican Republic with low threadcount – clothes that typically survive a few washings before the colors bleed, the joints are thin, the seams threadbare, and you’re buying the same thing again. Don’t get me wrong: super-size IS the name of the game at Walmart – but only in respect to pseudo-food. You’ll find 40% more bags of cheese puffs, and yes that math isn’t lost on the average lower class consumer, but the point being missed is that you’re not getting 2lbs of food for $3.95, you’re getting 2lbs of air, chemicals, and fried crap that you’ll pay for, over not so long a stretch of time, in obesity, mental health issues, and other problems of malnutrition and chemical use. Again, you’re getting a flashy deal up front, and getting robbed on the back end.

Significant sociological work has been done studying how the poor are exploited, focusing on, for example, the furniture industry in New York City, or used car finance dealerships. But it’s day in and day out – the daily purchases – not just the ‘big’ things, that whittle down the weak and less perceptive one nickel at a time. And, in cyclical fashion, it makes them weaker and less and less perceptive. The poor live in a fog of hoodwinkery and massive corporate and workplace exploitation. But some of it flows out of just going where poor people go – take stores like Ross or 1/2 Off (Yes, there’s a store called that): nothing is really organized, everything is jumbled – it’s cheaper on the surface, but it encourages you to shop, and it saps your time and encourages you to justify it by carrying away something (after all, you don’t want to do it all again later – you’ll have to spend that time rummaging for the next thing you’ll need). It’s a fog, all right.

This is where the internet can really help. There are any number of useful techniques, and I won’t belabour them all here. But tracking expenses (online spreadsheets), online price comparisons (including all major in-store outlets) – and plenty of information on truly helpful things like the Dave Ramsey method. The point is not just more useful information and perspective (that’s part of it), but also a fundamental shift of principle in how and with whom you do business. Would you rather take 20 minutes, go to PriceGrabber and find the best price on a digital camera, buy it from amazon, and have it on the way to your doorstep w/o ever having to go shopping – or would you rather go down to Walmart and spend a couple of hours looking over a selection of nearly obsolete models that cost about the same $10 more or less? If you’d rather do the shopping, then your problem is recreational shopping, and it’s not a matter of rational discussion anyway. This piece isn’t for you. But also, the internet gives you the opportunity to purchase with justice, from companies that aren’t destroying the world to the degree that Walmart is. Yes, you’ll pay postage. At amazon.com postage is free when you buy at least $25 directly from them. At ebay, postage is part of the price consideration, so you know what you’re comparing and bid or buy accordingly – and yes, a lot of us use it for buying brand new items w/o bidding at all, via the “buy now” feature. I can get that camera brand new, right now, for less money, and in less time than it takes to drive 2 miles to the Walmart.

It’s amazing too, that people who complain about shipping out of principle, have no problem with serving as their own shipping company – gassing up, across the spectrum of their various shopping stops, to transport goods from one place to another. I’d rather have more time at home or the coffee shop, and let the postman or UPS drop it off. I’m not paying with my fuel costs, vehicle wear, or time what the Walmart waddlers would be paying in postage. Postage is a working class joy just waiting to be exploited. Retail is your grandparents’ way of buying. It’s a afternoon drive and a trip to the Woolworth’s or Sears.

And I’m not saying the same thing about mom and pop businesses. Those are worth it, because you get something that doesn’t come with internet shopping, despite the hooplah – community. But corporate retail has worked itself out so that we’re in a post-retail economy, as far as mom and pop go – in the US, that is. When most of the shopping time is spent in conglomerates, you really might as well be driving a Packard. Mom and Pop are online now, and so are many of the better economic choices. From the moment you step inside a Walmart, you’re pecking through the rubble and rubbish of civilization for cheaper cheese puffs. One key to getting out of the ghetto is shopping outside the ghetto. Not to be seen, like those fur-sporting crones in their 4-wheeled boats at the high-end mall. Nope, dump Walmart, get on the internet, eat healthy, and perhaps even engage in the commerce yourself. I’ll see you there.